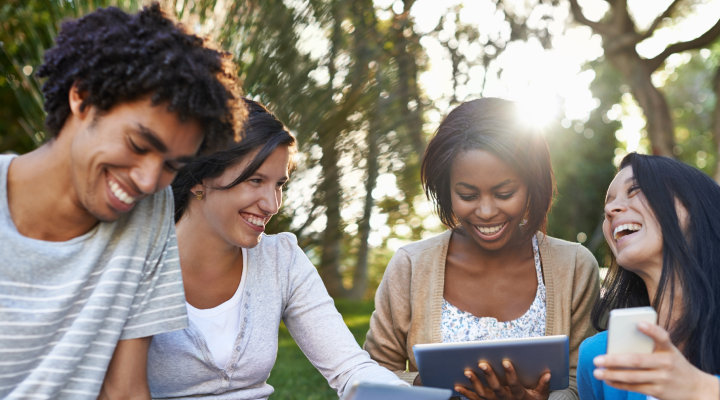 On Oct. 26, 2017, President Trump declared the opioid epidemic a national public health emergency under federal law. Many of the addicted individuals were first introduced to opioids with a legitimate pain prescription. But, they continued to take the medication after the prescription ran out. One could draw a connection from this to the dental industry, where in 1998, 15.5 percent of all opioid prescriptions were written.

When this statistic began circulating, dentists started developing safer prescribing methods and pain management techniques. This practice of continuous learning and improvement still continues today. The changes that dentists have made in response to opioid abuse in the 90’s have already impacted the crisis: in 2012, the number of opioid prescriptions from dentists and oral healthcare providers fell to 6.4 percent. (ADA)

The Center for Disease Control states that, “Improving the way opioids are prescribed through clinical practice guidelines can ensure patients have access to safer, more effective chronic pain treatment while reducing the risk of opioid use disorder, overdose, and death.” With efforts from the oral health community, we can continue to enact positive change on the opioid abuse crisis.

Dental educators and dentists are taking the country’s opioid abuse epidemic into their own hands, aiming to curb addiction before it starts. To join the fight against opioid abuse, educators are highlighting best practices for pain management for the next generations.

The opioid abuse epidemic is not uniform across the country; circumstances vary from state to state. Changes that do impact every state come from the Center for Disease Control. They include lowering dosage recommendations, providing safer care and consideration for all patients – not just those who are deemed “high risk.” They also provide more specific recommendations for monitoring and discontinuing opioids when risks and harm outweighs the benefits of the prescription.

According to the National Center for Health Statistics December 2017 Data brief,

Dental schools aren’t shying away from playing a pivotal role in shaping the end of the opioid abuse crisis. Dental school students today are preparing to effectively address pain management. Upon graduation, students will know how to respond to the opioid abuse public health emergency quickly and correctly.

In the mid-west, The University of Minnesota School of Dentistry, for example, established mandatory protocols to teach dental students to prescribe NSAIDs, or non-steroidal anti-inflammatory drugs, as the first-line pain treatment for dental procedures. Additionally, students are taught to not only recognize the symptoms of addiction and substance misuse problems, but also to help the patient deal with them. (Rosenberg)

After hearing stories about addiction that often started with a legitimate prescription, Massachusetts Governor Charlie Baker took a deeper look at the opioid abuse crisis in his state. Since the passing of a new opioid prescription law in March 2016, Governor Baker spoke to National Public Radio (NPR) about the law’s rules that now mandate more thorough teaching about treating pain:

“At the medical school level, (and the dental school and nursing school and pharmaceutical school level,) you don’t graduate without having studied this stuff and understanding both the positives and the negatives associated with using it. In addition to that, making sure that as a condition of re-licensure, you’re getting everyone who’s writing a prescription as part of that process.” (NPR)

This Massachusetts law imposes a seven-day limit on the prescribing of opiates to first-time patients and requires prescribers to check their state’s Prescription Monitoring Program, or PMP, every time a Schedule II and III narcotic is prescribed. This and other aspects of the law will reduce the number of pills and the length of the opioid prescriptions in Massachusetts.

At the Harvard School of Dental Medicine, Jeff Shaefer, an orofacial pain specialist, took part in writing the core competencies for prevention of prescription drug misuse. Massachusetts’s dental students, too, have to demonstrate that they learned to screen for substance abuse and can correctly refer a patient for treatment. (NPR)

Across the country, dental schools are teaching new dentists to avoid thinking, “That’s how it’s always been done.” Instead, they’re utilizing recent discoveries and advancements in pain management to clearly weigh the benefits and risks of opioid medications for oral pain relief.

It’s important for dentists to acknowledge that sometimes being pain-free isn’t a realistic option for the patient. This leads dentists to use different language in the office than was used in previous decades.

Instead of trying to promise a pain-free recovery, Sam Lee, a fourth-year dental student at Harvard School of Dental Medicine, asks the patient, “On a scale of 0 to 10, with 10 being the worst, if we can get you to a 4 or 5, could you live with that and still function daily?” Lee says, “If the answer is yes, then I think it’s important that the patient understand that that’s what we’re going to try to maintain as the new normal for them.” (NPR)

In Colorado, Dr. Marianne Yancey has been practicing dentistry since the 1980s. She explains her own ongoing experience with opioid education throughout her dental career:

“I graduated in 1982 from Colorado University School of Dentistry, now called the School of Dental Medicine. We did not have any education that I can recall on the risks of opioid addiction besides the basic pharmacology of any addictive substance –‘this drug is addictive, you should limit the amount prescribed’ – end of discussion. We were instructed to only prescribe a limited amount of such medications.

I think many practitioners, such as myself, took that to heart and rarely gave a prescription for more than a 2-3 days supply of narcotics, only enough for post-op pain or to get through a couple of days until definitive treatment could be obtained. Other practitioners may have been more ‘generous’ with narcotic prescriptions either due to necessary conditions (actually needed for medical reasons), or perhaps not really aware of the growing abuse/addiction of narcotics over the last few decades.”

If the industry collaborates to share knowledge about alternative pain management methods, we can extend practices like these across the country, touching every dental office. If we continue to have the conversation on opiate risks and require continued education for licensing renewal, we as an industry can impact the overall opioid abuse epidemic that affects the US.

Delta Dental of Wyoming is the leading dental benefits carrier in the state, providing quality, affordable dental plans for both companies and individuals. We are a non-profit … END_OF_DOCUMENT_TOKEN_TO_BE_REPLACED